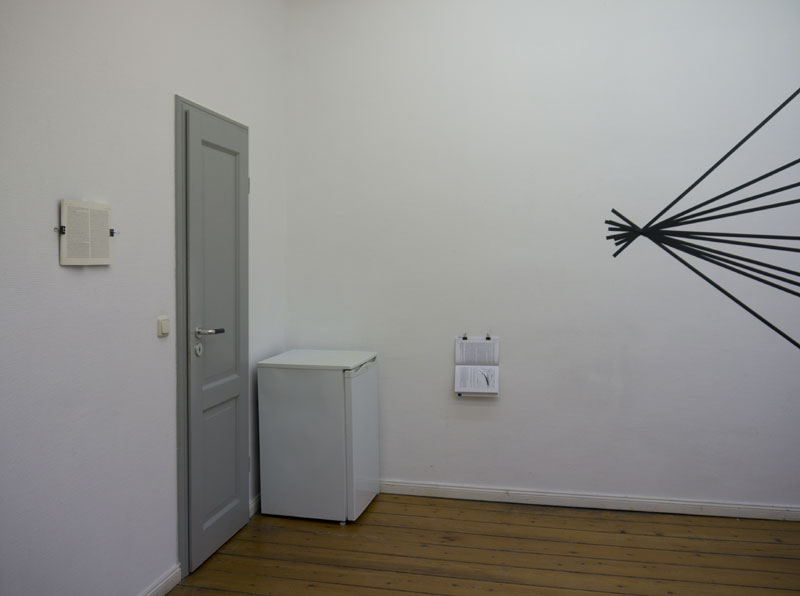 Notes about work made at Künstlerhaus Lukas, Ahrenshoop, during a residency Jan. 1 to Feb. 8, 2014. By Jon Brunberg

Seventy years ago on February 9, 1944, my father and five of his friends arrived in Stockholm on a passenger ferry carrying refugees after a dramatic but successful attempt to flee in a small motor boat from Estonia to Finland. The Soviet Red Army was advancing in the east and many young men, such as my father who was 23 at the time, were being forcibly drafted into the army of Nazi Germany that occupied Estonia and sent to the eastern front. Tens of thousands of Estonians fled from the war and the threatening Soviet re-occupation, among them the entire population of the Swedish speaking minority that my father belonged to.

After the death of my father in 2012 I'm returning to his story about the escape, and I'm trying to understand how it affected him, myself and our relation. This is the background to the artistic project that I've commenced here at Künstlerhaus Lukas during my residency and will continue to work with during this year.

While this very specific story has a central part in the inquiry, I intend to connect it to current events and related narratives. The situation for today's refugees is thus an important part of the project (UNHCR estimates that over ten million people are to be considered refugees or in “refugee-like” situations in the world[1]). A parallel story, which is my own, is the flight to art. It has its similarities to that of my father in that it deals with a dream for freedom and self-determination, about finding a safe haven where it is possible to work and live. My story will also deal with how the “second generation” handles the memory and inheritance of the traumatic experiences suffered by their parents and older relatives.

The history of Künstlerhaus Lukas ties into these narratives, and not only by being a “refuge” for artists – during the same period when my father and his friends fled to Sweden, Künstlerhaus Lukas was turned into a safe haven for refugees, of which most – if I'm correctly informed – came from the East. Not the least because of these intersecting narratives and meanings I find this place to be an excellent place to start my project.

I use the term “liminality” to bind these narratives together – a term which is commonly used to describe a transcendental state in rituals of passage, but which is sometimes also referred to in connection with artistic processes, exile and refugeeship[2]. A state of liminality, as proposed by the Ethnographer Arnold van Gennep and further studied by Cultural Anthropologist Victor Turner, is associated with confusion and powerlessness. It's a state which is neither this nor that (“betwixt and between”) – a state which one must pass in order to be initiated into another (higher) strata in society.

In my studio I'm showing a series of sketches, drawings, maps and diagrams that I've created during my stay. They should be seen as drafts, proposals or illustrations made as a part of my ongoing research for the above-mentioned project.