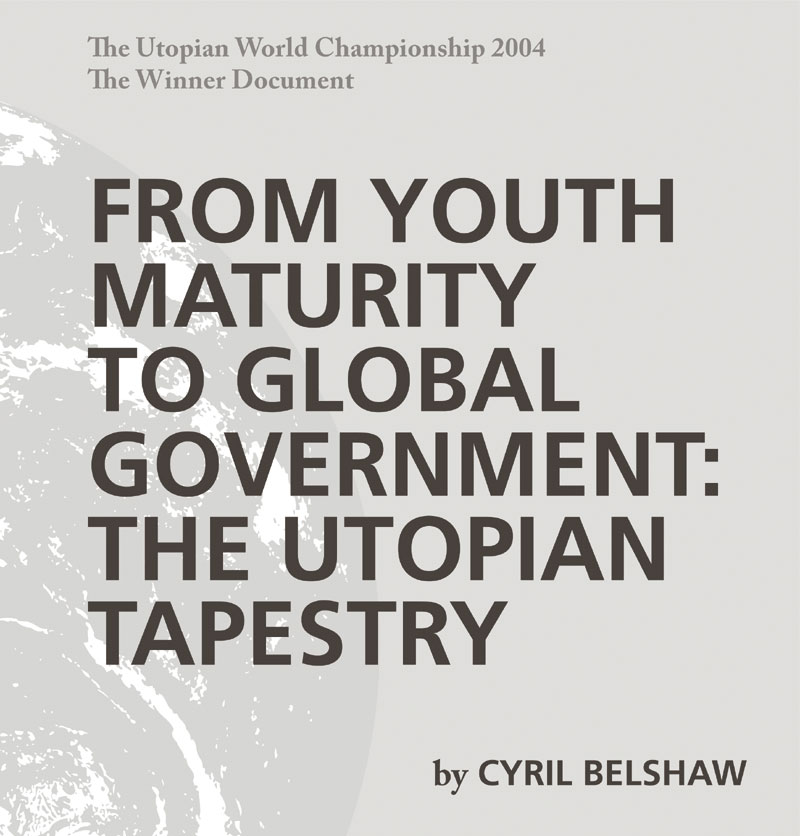 A new, revised, and re-designed, edition of the two winning essays in the Utopian World Championship was released at Göteborg Book Fair in 2010. The are published by Raketa Press with support from the Foundation for the Culture of the Future. The two volumes are titled 'The New Word Disorder', written by the pseudonym T.R.O.Y., and 'From Youth Maturity to Global Government - The Utopian Tapestry' - by the Professor Emeritus in anthropology, Cyril Belshaw.