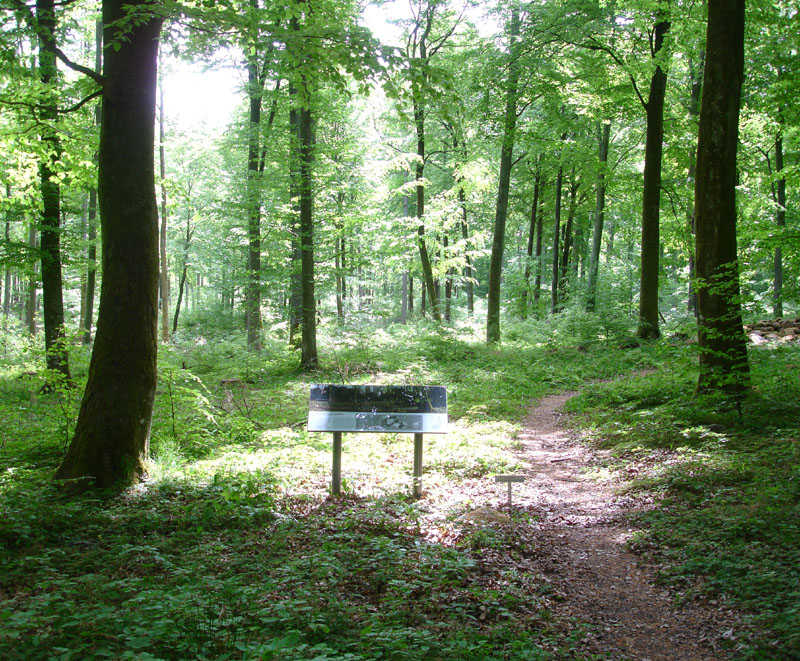 The exhibition Loss presents The Polynational War Memorial for the first time to the public in full scale. The master plan that outlines the various institutions and the memorial in the architectonic proposal that will complete the first phase of the project has been adapted to the park at Wanås.

A map over the park, which includes the master plan, suggests a walk trough the landscape/complex. On five spots along the walk you'll find panels with 3D-renderings and photo montages that show the architecture as it would appear if the complex would be built at the site. Guided tours by the artist will be held in the landscape/complex on several occasions during the exhibition period.

The adaption of the master plan does not imply that Wanås is suggested as one of the six sites where the complex should be built. It is rather an attempt to merge an existing landscape with the proposed architecture, and thus an opportunity to experience the complex in full scale.

The video The Polynational War Memorial, part 3: the Interfaith Centre is shown in the gallery during the exhibition period.

A catalogue is available.