Visualizing the human cost of war

In 2013 the graphic designer Valentina D’Efilippo was awarded a honorarble mention at the Kantar Information is Beautiful Award for a data vizualisation based on the list of wars since 1900 that I present on the website war-memorial.net as a part of the project The Polynational War Memorial. A couple of days before the commemorations of the centennial of the start of the First World War on November 11 this year, D’Efilippo and the programmer Nicolas Pigelet released a rich and stunningly beautiful interactive version of her design based on the update of the list from this year, which puts the human cost of the first World War in a wider perspective. Each war since 1900 is represented as a stylized poppy where the length of the stalk and the size of the flower relate to the death toll and the duration of the conflict.

The interactive is available at poppyfield.org.
Press: The Independent (UK), Nov 11 2014, by Christopher Hooton 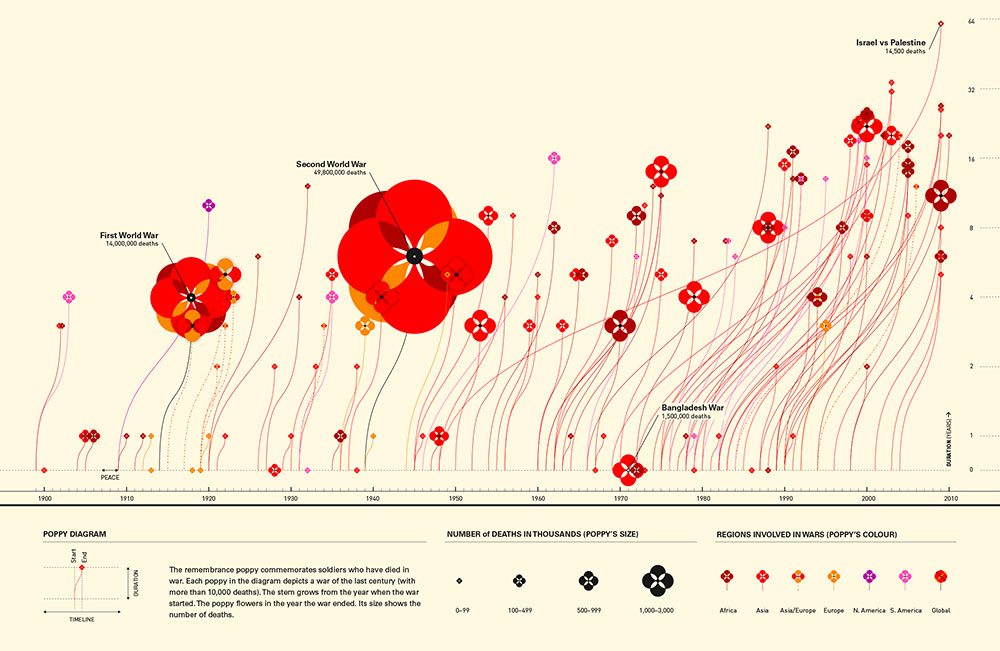