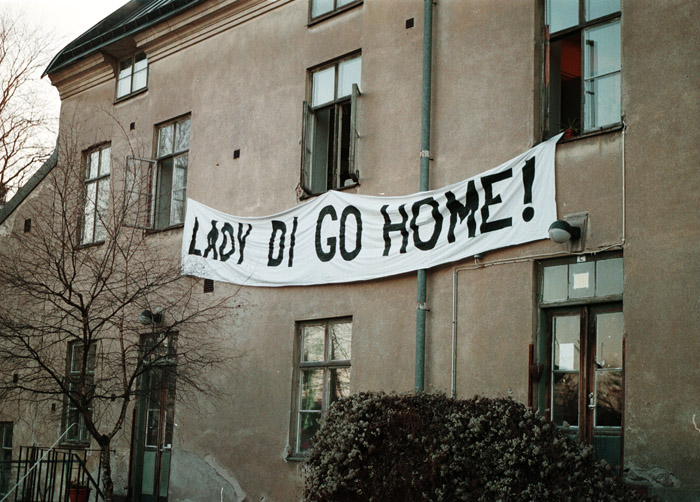 Exhibited in the group show Stuff It, Y1 Gallery, Stockholm 1998

The idea to turn the artist into a carrier of other people's opinions, can be seen in the work "Lady Di go home!". I found this opinion was found in a newspaper where in an image from a protest rally carried out by separatists from a small Caribbean island still under British protectorate. One year later this message had been given a totally different meaning as Lady Diana was killed in a tragic car accident.